It's another early morning - everyone is asleep and I am down folding laundry - pulled this up in the menu - was not disappointed - a different, more traditional backstory to Father Christmas - not what I expected at all - not a fluffy story - young Nikolas has a tragic past and is an orphan raised by the village - interesting to see how Nikolas is driven to make toys, how he learns woodcraft, and how he grows into his role - this movie has some depth and was well worth the watch

Eemeli:   "Nicholas - no one can live just for Christmas . . . there's more to life than just Christmas." 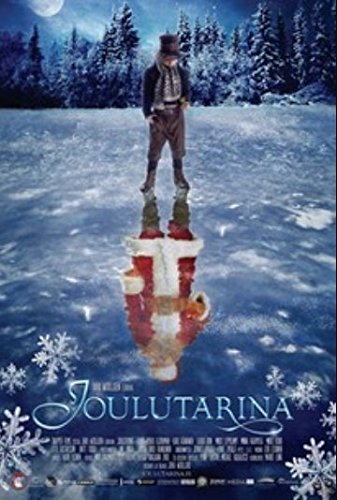 Many years ago, in Lapland, a boy named Nikolas is orphaned when his family are killed in an accident. The heads of the families in the village meet to decide his future and, as life in the arctic is difficult, it is decided that as no one family could care for him permanently, they would raise him communally, with each family taking him for one year and then moving him on to the next. Grateful, Nikolas begins whittling toys out of wood as a gift which, each Christmas, he leaves for the family that cared for him.[3] It becomes a tradition from then, with Nikolas never forgets the children of those families that received him each year. When a blight hits the village, and none of the families can afford to take him in for the next year, he is taken in by grumpy hermit Iisakki as his carpenter's apprentice. Iisakki works him hard but Nikolas is clever and quick to learn, and Iisakki gradually grows to love Nikolas as his own son. Nikolas begins to live more and more for the spirit of Christmas with each passing year and it becomes his life [4] and as he grows old he becomes the figure known as Santa Claus.

Hundreds of years ago in Lapland, a little boy named Nikolas loses his family in an accident. The villagers decide to look after the orphaned boy together. Once a year - at Christmas - Nikolas moves to a new home. To show his gratitude, Nikolas decides to make toys for the children of the families as good-bye presents. Over the years, Nikolas's former adoptive families become many, and soon almost every house has presents on its doorstep on Christmas morning. At thirteen, Nikolas is sent to live and work with Iisakki, a grumpy old carpenter, who forbids Nikolas to continue making presents for Christmas. Gradually, however, Nikolas wins Iisakki's trust. Together they begin to look after the Christmas traditional that Nikolas has begun. When the aged Iisakki has to leave Nikolas and move away, the tradition of Christmas presents is once again at risk. Thankfully, Nikolas comes up with a solution that brings children joy every Christmas, even continuing to today.